The Boy who Barked 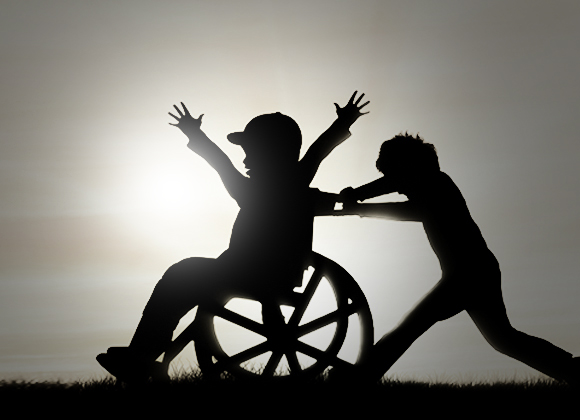 “Bark, bark” his voice echoed through the classroom.  A minute’s pause, and again, “Bark, bark.”  The first grader wrote his math answers on his paper.  The sounds surging from his throat were a familiar companion, but not a welcome one for his teacher or classmates.

“Be quiet!” said one boy across the room.

“I can’t concentrate,” said another.

“Teacher, can you tell him to stop making that noise?”

“Amir, stop that noise or sit outside the classroom to do your work,” demanded the teacher.

Tourettes causes a variety of vocal or muscular twitches called “tics.” Some of the most common forms of tics are repetitive eye blinking, vocal sounds, facial twitches, head jerking, sniffing objects, touching objects, jumping, bending, shrugging and twisting.  Vocal tics can involve throat clearing, grunting and barking sounds.  At its extreme, Tourette’s can result in physical harm in which the child may punch himself or even swear; however, this is rare.  The disorder occurs 3 to 4 times more often in boys than girls.

If you have a child with Tourette’s Syndrome, start out the new school year with an understanding of how to manage your child’s behavior optimally. Here are some points you want to keep in mind, whether you homeschool or send your child away to school.

Your child’s tics may come and go from time to time. A period of head jerks or barks may last several weeks, several months or over a year. Then, suddenly, tics can decrease or seem to completely go away at periods. Usually, they return within three months. When your child resumes his tics after a lull, you might misinterpret his renewed repetitive sounds and movements as stubborn rebelliousness. This is because you have seen him stop performing the tic for an extensive period. So you may believe he can stop at will. You might even accuse him of faking his behavior and order him to stop. To satisfy your demands, your child may try to suppress his strong urge to act on his tic.  Unfortunately, this very act of suppression results in a buildup of tension that causes a more severe urge to release the tic. Your child’s tics can also depend on the circumstances in his life at the time.  His tics often get worse when he is worried or excited. They subside during periods of relaxation or focused activities.

Tics can lead to unwarranted punishment

One important thing you want to keep in mind with your child is that Tourettes can be a cause for him receiving unwarranted punishment or reprimands.  Brad Cohen, a teacher and author who suffers from Tourette’s Syndrome describes a memorable account in his book, Front of the Class: How Tourette’s Syndrome Made me the Teacher I Never Had.  He tells of an episode during his childhood in which he was seated in the back of his father’s car as his father maneuvered at the wheel.  Brad had developed several annoying ticks; among them was the irritating tendency to repeatedly bump his knee against the car door. His explanation to his dad that he couldn’t help acting on his impulses was getting nowhere.  Fed up with having to repeatedly tell his son to stop, Brad’s father wacked him to get him to stop the knee knocking. The shock of being slapped stopped Brad’s ticks for a short while, but he eventually returned to the knee thumping even though he feared the next smack to come.

Many children with Tourettes have other disruptive and troublesome behaviors that accompany their disorder.   Among them are ADHD/ADD and obsessive compulsive disorder OCD. Learning disabilities are also common among children with Tourettes. Because your child with Tourettes may exhibit such an array of unusual behavior, it is wise for you to learn positive discipline techniques that use rewards and parental affection to encourage obedience. These procedures are more effective than methods that emphasize belittling and physical punishment. They lead to better cooperation and less defiance from children with Tourettes.

If your child attends school, distribute Tourettes fact sheets to school personnel he frequently has contact with. Many people are unaware that the disorder exists; this includes some educators as well. Even once you have alerted others about the condition, many people will continue to consider your child’s odd behavior as misbehavior. Other than gentle frequent reminders, there’s not much you can do to change someone’s opinion about an issue. Your patience at home can be the haven your child needs to successfully handle his condition.

Having patience is a priceless quality when dealing with your child who has Tourette’s Syndrome. Being patient and tolerant can allow you to be flexible rather than rigid when managing his behavior. This does not mean you should become lax in your discipline methods. It simply means you should realize your child has a condition that is not normal, which makes it difficult for him to control himself at times. Be tolerant particularly if he exhibits extreme forms of ADHD or OCD.

Being consistent when disciplining is important for effective control of your child. But knowing how to address the misbehavior is important, as well. You may have a no-nonsense policy regarding your children shouting at you or calling you names. Your 9-year-old child with Tourettes and accompanying ADHD  may have no reservations at all calling you a name or using provoking words when he’s angry with you. Whatever your penalty is for his talking back to you, be it extra chores, no computer for an hour, or what have you, enforce it. But realize that part of his actions may be related to his Tourettes and ADHD, which can cause him difficulty in controlling his impulses. Rather than focus on making the punishment severe, emphasize making the penalty consistent. Raising a child with Tourette’s Syndrome can truly be a balancing act when determining how to manage inappropriate behavior.

The importance of a supportive and informed family and community cannot be over emphasized when dealing with your child who has Tourettes.  Support and understanding can give your child the confidence and skills he needs to self manage his disability in a productive manner. It can also help you affirm that some of your children’s behavior may not be misbehavior, it may merely be a disorder that must be managed.

Please share your thoughts about this article in the comments section below.

2 replies on “The Boy who Barked” 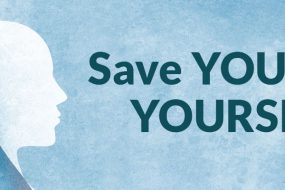