Such was Ibn Taymiyyah… 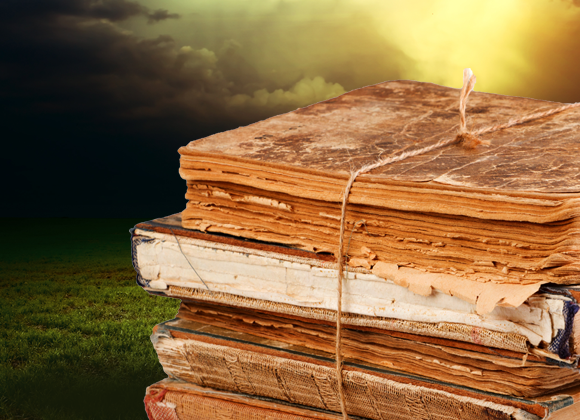 Taymiyyah is a female name of a lady who was a scholar. In her lineage, there were many scholars, amongst whom, the most prominent one was Ibn Taymiyyah. Ibn Taymiyyah got this title because he became one of the biggest scholars from his family. Numerous contributions came from his grandmother Taymiyyah. The family has an amazing history of contribution towards Islam.

An example to highlight such amazing contributions can be seen in the example below:

It was during the Tartar’s invasion of Iraq. The people feared a huge attack from the Tartars, leading to mass migration. The news of the Tartars burning the entire Islamic library of Baghdad was fresh. Ibn Taymiyyah was a little child but his grandfather, father and uncles were already scholars. They decided to migrate but they did not carry too many of their belongings, rather, they put up their entire collections of Islamic books in a cart and moved, all the while pulling the heavy cart with their own hands.

This was the legacy that Ibn Taymiyyah received. Through him, we’ve been able to get amazing knowledge of our Deen to this day. Those books that were saved in the cart made Ibn Taymiyyah a scholar, who then went on to write 591 books in his  life span of 67 years! The Islamic world got three of the most prominent and great scholars from the students of Ibn Taymiyyah. They were  Ibn Kathir, Ibn Qayyim Jauzi and  Dhahabi. That was the legacy that Imam ibn Taymiyyah left behind: Knowledge and Scholars of knowledge.

In fact, Ibn Taymiyyah got the knowledge and spirit to learn about Islam because he stayed in the company of his grandfather, father and uncle right from a young age. This could be considered an exclusive case study of perfect time management. Once, Ibn Taymiyyah’s father took the kids to a garden but little ibn Taymiyyah refused to go. When his father returned, he informed him that he had memorized a complete book within that period!

Ibn Taymiyyah went to jail three times, and every time, it was due to the complains of (the so called) Muslims to the Government of his time. His first imprisonment was like a house arrest where people could go and meet him. He gave fatawa and did counseling, thereby, using his time for building his akhirah. When he was arrested for a second time, he was put in jail for around a year.

In between, he saw that the aqeedah was getting corrupt and false concepts were streaming into the minds of people. Therefore, he wrote about the subject of tahweed in his book titled Al Aqeedatul Wasitiyah, which went on to become a master piece. He started writing this book after Asr and it was completed by Magrib! If you read this book, don’t forget to see the numerous Qur’anic verses he cites in context of the topics. Asr to Maghrib has a short time gap of about two and half to three hours and a book with so many references from the Qur’an goes to show the in-depth knowledge he had about the Glorious Qur’an. Ibn Taymiyyah not only wrote about truth, but also knocked out falsehood by writing and speaking against it.

When he died in jail, the Muazzin of the jail climbed the wall of the jail and announced his death. By the time his burial took place, there were around 300,000 people who had gathered to pray for him. It’s amazing to think how quickly the news had spread in an era with no Facebook, Twitter and Wattsapp! Ibn Rajab says he got news from travelers that Ibn Taymiyyah’s Gayabana salatul Janazah was offered as far as in Yemen and China too!

Today, in an age of machines and technology, our productivity depends upon the machine’s mood. We are dependent upon our washing machines, clocks, mobiles, cars , oven, etc. to run our lives. Yet, in those days, even without computer styled type writers, Ibn Taymiyyah wrote around 300,000 pages. We on the other hand, are not able to focus and spend some time to read a mere ten pages a day!

We waste our time, yet complain about shortage of time. Ibn Taymiyyah on the other hand, used his time wisely with his multitasking ability that included writing around 60 pages in a session at a time, compiling 35 volumes of fatawa and grooming a batch of students while teaching Tafseer and Hadith! He took his imprisonment positively and completed studying Qur’an around eighty times while in jail. Without attending any workshops on time management or positive thinking, his attachment to studying Qur’an gave him a training that no corporate world guru can ever give!

Such was Ibn Taymiyyah Rahimuhullah, Imam, Hafiz, Faqih, Mujtahid, Muffasirren, Muhaddith. May Allah shower His mercy upon Him.

Please share your views about this article in the comments section below. 🙂

62 replies on “Such was Ibn Taymiyyah…”