The Prayer of Eclipse 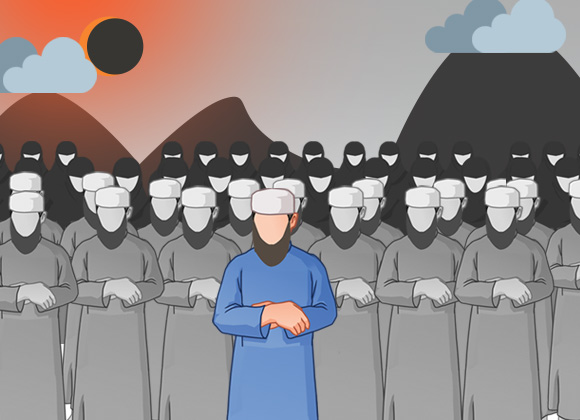 From the beginning of time, many nations have taken solar and lunar eclipses to hold specific meaning, such as the birth or death of special people or other such mysterious theories. The Messenger of Allah

showed us how to understand such events in a way that is correct and pleasing to our Lord.

The Reason for Eclipses

The reason for the eclipse is to alarm the people, to instill in them an urgency to return back to the obedience of Allah

The Messenger of Allah

said, “These signs that Allah sends are not for the death or life of anyone, but Allah makes His slaves afraid through them, so if you see anything of that [eclipses], then hasten to remember Allah and make supplication to Him and seek His forgiveness.”1

After the sun had eclipsed, the Prophet

came to the masjid looking alarmed and startled as if the Hour was being established. He

was frightened by this huge sign of Allah’s power, so it’s time for us to introspect upon our affairs and rush to seek forgiveness.

Ibn Taymiyyah mentioned in his Majmû’ that a person should make the niyyah to make the Kusûf prayer once he has been informed by someone who is knowledgeable in that field, and that the preparation for it could be seen as an exhorting of the self to good deeds, from the chapter of hastening oneself to the obedience of Allah by following the sublime sunnah of the Prophet

How to Perform the Prayer of Eclipse

– There is no adhan or iqamah to be called. It is prayed in congregation although it is still permissible to pray it individually.

– The prayer is of two units, in each raka’ah are two ruku’.

– The recitation in the first raka’ah is long, as A’isha narrated, that it was approximately the length of Surah al-Baqarah.3

– The Imam makes the takbir and then goes in to ruku’ for a long time, making tasbeeh and tahmeed, etc.

– The Imam then raises his head and says, “Sami’a Allâhu liman Hamidahu” and then “Rabbanâ wa lakal Hamd”, and then remains standing. He does not go into sujud.

– The second standing now starts with a recitation not as long as in the first raka’ah, the length of approximately Surah Al ‘Imran.

– The Imam makes a second ruku’ although not as long as the first, then raises his head and straightens, and then goes into the sajdah as in the normal prayers.

– The two sajdahs are elongated and then the Imam stands again. This is now one raka’ah complete.

– The whole cycle is repeated again one more time, with each interval shorter in length of time than the very first standing.

– Once you have finished, you will have prayed a two unit prayer with four ruku’ i.e. bowings and four sajdahs i.e. prostrations

Is It Prayed Aloud Or Silently?

According to the strongest scholarly opinion, it is to be recited aloud as ‘A’isha

narrated that the Prophet

Where It Is Prayed

It is from the Sunnah to pray the Salat al-Kusuf in the Masjid, in congregation as indicated by Imam al-Bukhari. The women are also allowed to attend the prayer in the masjid as narrated in the two saheehs.

The Khutbah after the Prayer

It is sunnah for the Imam to give a Khutbah in two parts after the prayer, a reminder of the occasion of such a dramatic and graphic event as the eclipse. One should exhort the people to good, advise them in their religious affairs and command them to make tawbah and also specifically to seek refuge with Allah

from the punishment of the grave as indicated by Imam al-Bukhari in his Sahih.5

One must try and benefit oneself from such an event, and not treat it as some great fun event as we see many of the disbelievers doing at such times.

4 replies on “The Prayer of Eclipse” 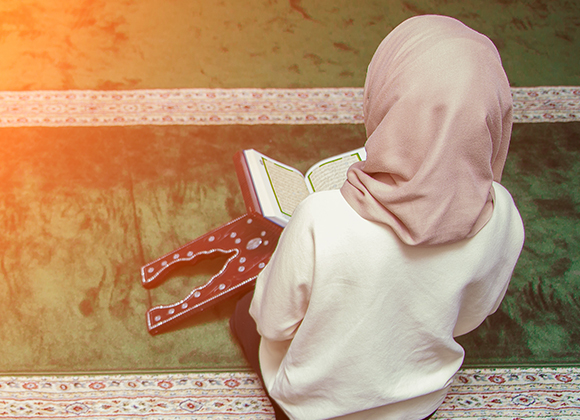